Description
"Maybe it will be good for you to be on your own for a bit." "Why?" I say in a bored tone. Lizzy dabs her mouth with her napkin (her perfect lipstick remains perfect) and declares, "You've got to be happy alone before you can be happy with someone." "Liz," I say, "did you read that in GirlTime?" "I might have," says Lizzy airily. "So?" "I wrote it."

Wickedly funny and unfailingly honest, Getting Over It charts the misadventures of Helen Bradshaw, a caustically charming twenty-something who isn't exactly living out her dreams. She's a lowly assistant editor at GirlTime magazine, drives an ancient Toyota, and has a history of choosing men who fall several thousand feet below acceptable boyfriend standard. Not to mention that she shares an apartment with a scruffy, tactless roommate, her best girlfriends are a little too perfect, and the most affectionate male in her life -- her cat, Fatboy -- occasionally pees in her underwear drawer.

Then Helen gets the telephone call she least expects: Her father has had a massive heart attack. Initially brushing off his death as merely an interruption in her already chaotic life (they were never very close, after all), Helen is surprised to find everything else starting to crumble around her. Her pushy mother is coming apart at the seams, a close friend might be heading toward tragedy, and, after the tequila incident, it looks as though Tom the vet will be sticking with Dalmatians. Turns out getting over it isn't going to be quite as easy as she thought.

Hilarious, wise, and compulsively readable, Getting over It marks the debut of one of the freshest, boldest new voices in women's fiction. 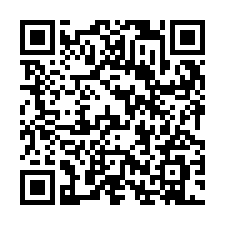