The grave is dug, the headstone carved, the hearse idling out front. A once-potent political and cultural scourge of our time, Liberalism, is breathing its last?and loudest?breaths.

nbsp;"From Harry Truman to Ed Koch to McGovern, Liberalism has been in decline. With Obama, Liberalism is dead. Now comes Crony Capitalism. This is a hilarious and profound book?especially because Tyrrell sees the value of Fox News nd Talk Radio." ?Sean Hannity, author of Conservative Victory , and radio host of The Sean Hannity Show and Fox News Channel's Hannity .

"R. Emmett Tyrrell . . . chronicles with growing joyfulness the high points of Liberalism's demise until we get to 2010 and Liberalism's lurch into the grave. . . A wonderful read and a fitting send-off to a very dreary ideology." ?Mark Levin, host of The Mark Levin Radio Show and author of the bestsellers Liberty and Tyranny and Ameritopia

" The Death of Liberalism is a dashing, sharp, well-argued and succinct tract for the times. Mr. Tyrrell is a controversialist of stature, a polemicist of robust energy and a man who knows how to present his case with power and precision."?Paul Johnson, author of Modern Times , Intellectuals , and A History of the American People 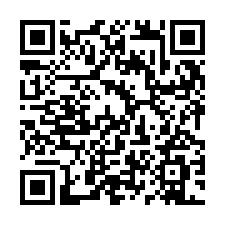