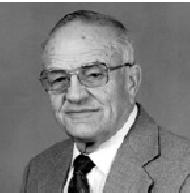 Grand Junction Daily Sentinel page 5A - April 16, 2011
Theodore â€œTedâ€ L. Brooks, Sr.,
age 92, of Montrose passed away
at his home on Tuesday, April 12,
2011. Ted was born in Fort
Dodge, Iowa, March 30, 1919, to
the Rev. Arthur A. Brooks and
Clara Mason Brooks. He was predeceased
by his parents and two
brothers, Arthur and Lee Culver Brooks.
He married Marian Ruth Inhelder, March 31, 1939, who predeceased
him in 1982. He is survived by their three children, Theodore
Lincoln Brooks, Jr., John Alford Brooks, and Ann Brooks
Carr, and four grandchildren, Essie (Bob) Becker of Montrose;
Marian (Tom) Omernik of Montrose; Mason Brooks, Joint Task
Force, Guantanamo Bay, Cuba and Aaron Brooks of Montrose.
Ted attended Cornell College, the University of Nebraska and
graduated from the University of Colorado and the University of
Colorado, School of Law in 1943. He served in World War II in the
pacific theater on Admiral Nimitz's staff as a naval intelligence officer
after completing the Japanese language school at the University
of Colorado.
He moved his family to Montrose in 1946, where he practiced law
until his retirement in 1997. He first practiced in the firm of Bryant
and Petrie, before starting an individual practice with Ralph Miller
in the firm of Brooks and Miller. Several other attorneys later joined
the firm, including John Overholser, Jerry Lincoln, his son, John
Brooks, Bob White, and his grandson, Aaron Brooks. During his legal
career he was elected and served as the District Attorney of the
Seventh Judicial District from 1953 to 1957. In 1982 Ted was appointed
to the Board of Directors for the Colorado River Water Conservation
District and elected President of the Board in 1987, serving
as its president for eight years, retiring as President upon the
successful completion of the Wolford Mountain Project. He served
as legal counsel for Tri-County Water Conservancy District for 25
years and Montrose Memorial Hospital for 40 years. He represented
the citizen of the community of Naturita in its incorporation in 1952.
He was one of the founders of the Project Seven Water Authority
and the San Juan Health Care Foundation. He was honored by the
Senate and House of Representatives of the Colorado Legislature for
his distinguished years of service to the citizens of Western Colorado.
In lieu of flowers, memorial contributions may be made to the San
Juan Healthcare Foundation, 800 South Third Street, Montrose, CO
81401. A Memorial Service will be held on Wednesday, April 20,
2011 at 11:00 a.m. at The United Methodist Church of Montrose.
The service will conclude at the church, with a private family inurnment
with Military Honors to be held at Cedar Cemetery, Montrose.
Arrangements are under the direction of Crippin Funeral
Home & Crematory, Montrose, CO.

No comments found.
CONNECT WITH US