Avon, Eagle and Gypsum Libraries are closed until further notice. During the closure, pick-up of available materials (look for "on shelf" at Avon, Eagle or Gypsum) and requested online or by telephone will be available outside of the building. https://www.evld.org/covid

A small seven-year-old boy who couldn't speak except to repeat weather forecasts and other people's words . . . A beautiful little girl of seven who had been brain damaged by terrible parental beatings and was so ashamed because she couldn't learn to read . . . A violently angry ten-year-old who had seen his stepmother murder his father and had been sent from one foster home to another . . . A shy twelve-year-old from a Catholic school which put her out when she became pregnant . . .

They were four problem children-put in Torey Hayden's class because no one else knew what to do with them. Together, with the help of a remarkable teacher who cared too much to ever give up, they became almost a family, able to give each other the love and understanding they had found nowhere else.

Note! Citation formats are based on standards as of July 2010. Citations contain only title, author, edition, publisher, and year published. Citations should be used as a guideline and should be double checked for accuracy.
Staff View
Grouped Work ID:
8e73f763-2d05-7626-11d0-e43dd579e194
Go To GroupedWork 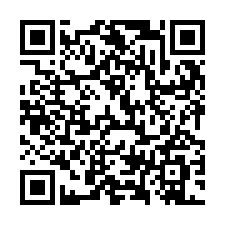